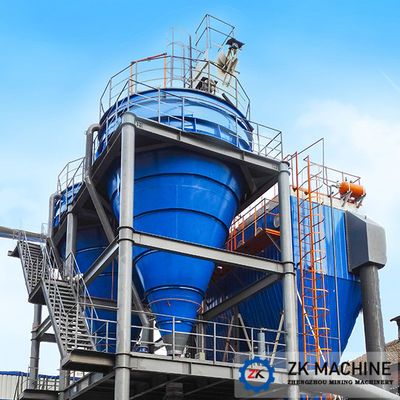 Working Principle:
The working philosophy of cyclone is classify the multi-phases mixture, such asliquid-liquid, liquid-solid, liquid gas and so on, with density differencesunder the centrifugal force. The mixture liquid cut in cyclone under thesuitable press and form high speed cyclone movement in the cylinder. Thecomponents with big density move down along axis direction and move outsidealong diagram direction under the cyclone affection. It would move down whenarrive cone section and be discharged out. So, the outside cyclone field isformed. The components with small density move toward centre axis direction andform up direction movement, the inside cyclone movement formed and the componentswith small density are discharged from overflow pipe. In this way, the twokinds of components are classified.

Our products are sold all over the world, you can rest assured.

描述 描述
Get a Quote